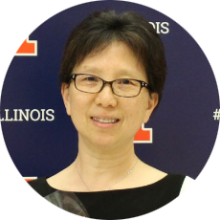 Dr. Yun Shi is the founding director of International Education, which became the newest addition in 2014, to the units within the Office of Inclusion and Intercultural Relations under Student Affairs. She is passionate about internationalization on UIUC campus and focuses on enhancing the transformative learning experience to support international students and engage domestic students. She has received ISSS Outstanding Staff Member Award, Outstanding Asian American faculty-staff award, International Women’s Day Award, and Student Affairs Outstanding Program Award. She previously worked as Assistant Director of International Programs and the Asian Program Coordinator at the University of North Carolina at Pembroke. Yun earned a Ph.D. in education from Southern Illinois University Carbondale, M.Ed. in education from Indiana University of Pennsylvania, and B.A. in English from Xi’an International Studies University in China. Prior to coming to the United States, Yun taught at a local university for 13 years in China, where she was born. 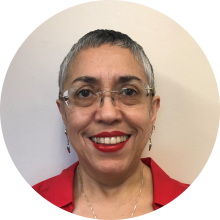 Laura is originally from Northwest Illinois, and moved to the area in 1987 due to job opportunities and has been working on campus since 1996. She attended Albuquerque's Central New Mexico Community College. Having worked in the past at La Casa Cultural Latina, she is no stranger to OIIR. She's excited to once again interact with our students and our other units. Laura enjoys dancing and classic films, traveling, and walking her dog, Sofky.